(Iroquois Falls) August 11, 2022 — The Town of Iroquois Falls is overjoyed to announce that Devonshire Park will undergo a significant transformation in the spring of 2023 thanks to the amazing generosity of Validus Power Corp. and Tightline Construction.

At the official announcement in the park today, the plans were unveiled on a large sign, revealing the layout of the new park, to be named the Leo Bechard Recreation Centre after Validus Power Corp. President and CEO Todd Shortt’s father-in-law from Iroquois Falls. This park and playground will include such amenities as:  Splash Pad, Basketball & Multi-Purpose Court, Tennis/Pickleball Court, Beach Volleyball Court, Accessible Park/Playground, Shower and Washroom Facilities, Picnic Area/Gazebo, and a Water Fountain designed to represent an Indigenous Medicine Wheel, plus many beautification points for families and patrons to enjoy.

Because of the generosity of Validus Power Corp. and Tightline Construction, families in Iroquois Falls and surrounding area will be able enjoy this incredible park and playground for years to come.

“I want to thank my management team and Council for supporting this project and helping make it happen. Great thanks to Validus President and CEO Todd Shortt, Tightline Construction Owner Don Seguin, and their teams. Wow, what incredible generosity to bring this to our community. The cooperation between the Town and these two companies has been a great experience, and it’s why this project has gotten to this stage in such a short period of time. I can’t wait to see the park when its construction is complete,” expressed Mayor of Iroquois Falls Tory Delaurier.

Validus, Tightline Construction, and the Town of Iroquois Falls will be working together closely on future community development projects. 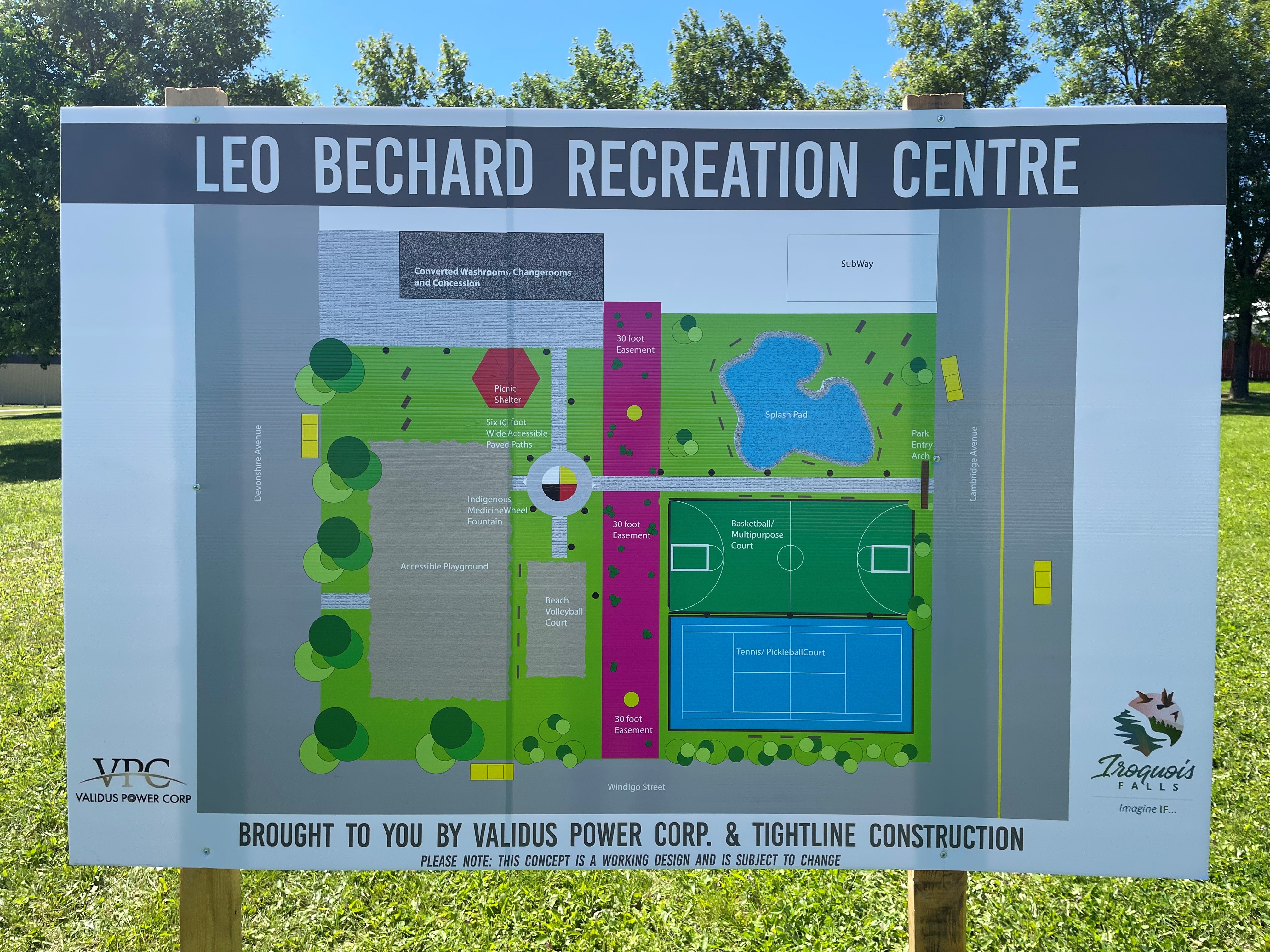 A view of the sign unveiled in Devonshire Park during the announcement on August 11, 2022 displaying the park’s planned layout.